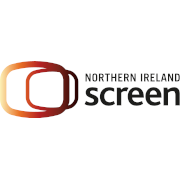 The aim of the scheme is to create pathways for new and emerging talent by enabling directors and producers to ‘step up’ from short films to longer-form projects.

If you have previously applied and been accepted onto the Director or Producer Shadowing Scheme you must re-apply via this new call.

LATE APPLICATIONS WILL NOT BE ACCEPTED EVEN IF DELAYED DUE TO TECHNICAL REASONS.
Please Note: The onus is on the candidate to ensure that all such information is provided.